Much of early history centers itself around an area known as the “Fertile Crescent,” referring to the land between the Tigris and Euphrates Rivers in present-day Iraq. Many ancient kingdoms were borne out of this region, including the Assyrians, Sumerians, and Babylonians–whose legendary King Hammurabi penned the enormously important Code of Hammurabi, one of the most significant legal doctrines of all time.

Much later this region was part of the Ottoman Empire, until 1932 when Iraq became an independent kingdom. Traveling to Iraq has not been appealing to most people in recent years; the country has been part of a series of wars dating back decades–first with their neighbor and foe, Iran; then with the United States after a failed attempt to gain control over another neighbor, Kuwait. Currently, the U.S. government and the governments of several other nations are extremely focussed on removing the despotic dictator Saddam Hussein and his regime. This has led to large-scale military action between Iraq and much of the outside world.

Economic sanctions and internal mismanagement have essentially ruined the Iraqi economy, food shortages have reached devastating levels, and the threat of war has all but guaranteed that Iraq won’t develop into a tourist destination in the foreseeable future.

For the present, it is our contention that–barring extreme circumstances–traveling to Iraq should be avoided at all costs. Particularly for Westerners, it is considered very unsafe.

For those brave enough to travel to this war-torn and tumultuous nation, getting in is the hardest part. Due to war-related restrictions, there are no commercial air carriers running flights to Baghdad’s international airport. By road, borders with Turkey and Jordan are heavily guarded. Internal and cross-border struggles with the Kurdish population make many outlying regions dangerous. And internal violence between allied Western troops and local Iraqi militia pose a threat to just about everyone.

Weather in Iraq
The weather in Iraq is very arid and the country gets little rainfall. The hottest season in Iraq is between May and September. In Bagbdad the temperature in summer can reach 123°F (51°C), but averages about 95°F (35°C). In the winter it gets down to a temperature average of 50°F (10°C).

Papua New Guinea Flag Papua New Guinea makes up the eastern half of the island of New Guinea–the second largest island in the world. It was divided between Germany (north) and the U.K. (south) in 1885. The latter area was transferred to Australia in 1902, which occupied the north during World War I and continued to administer the combined areas until independence in 1975.

Papua New Guinea has vast natural resources, but exploitation of them is difficult due to rugged terrain and the high cost of developing an infrastructure. Agriculture provides a subsistence livelihood for most of the population, while mineral deposits, such as oil, copper, and gold, account for a large part of export earnings.

Wildlife diversity, varied landscape, primeval indigenous communtities, and pimordial forests and mountains excite adventure travelers around the globe. However, years of bad press–some exaggerated, some not–relating to ethnic and racial conflict, as well as extreme poverty and violent crime, are cause for concern among tourists. Take the necessary precautions before going to Papua New Guinea, but enjoy it for all that it has to offer.

Papua New Guinea is a country so raw and untamed it attracts adventrous travelers the world over. But Papua New Guinea also suffers from major unemployment, terrible crime, and exploitation. Because of this the tourism industry is quite new and has limited infrustruture for dealing with visitors. This can make Papua New Guinea a dangerous place to travel, and for all of its beauty, there is also real danger in traveling there. If you are planning a trip to Papua New Guinea it’s wise to follow a few guidelines. First, it’s best not to travel at night; this goes especially for wandering around after dark. You should also dress conservatively so not to draw attention to yourself. It’s smart to listen to local advice and make friends with the locals around the area you are visiting, but the best advice is to be cautious and aware of your surroundings.

Flying to Papua New Guinea is the easiest way to get there. Most flights leave from Australia, but you can also catch flights from other places such as Singapore, Manila, and Guam. Most flights go to Port Moresby, but there is also an airport in Alotau.

The best way to travel around the country is by flying. The main carrier–Air Niugini–has flights to small airstrips scattered around the country. There are roads around the country, but because of the terrain they are limited. There are public transportation systems (PMVs) which travel around a pre-established route; they are cheap and will drop you off anywhere along the route. Renting a car is not a good option because local tribes can take serious, and sometimes deadly, actions against drivers who get into accidents. You can also travel by boat, but this can be uncomfortable and unreliable.

Weather in Papua New Guinea
Papua New Guinea has a hot, humid, and wet climate year round. The “defined” seasons are as follows, December to March is the wet season and May to October is the dry season. But annaul rainful in different areas ranges from 39 inches to an amazing 20 feet. The temperatures on the coast range between 77° and 86°, but in the highlands the temperatures can be very chilly. 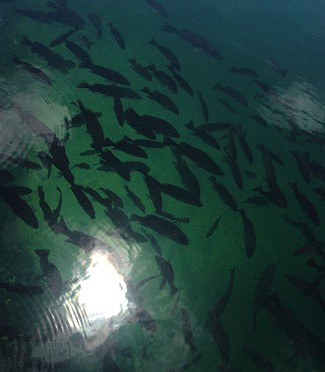 Cave outside of Rock Sound

Steps down to Ocean Hole

Blue Hole outside of Rock Sound

Costa Rica has long been seen as an “eye of the hurricane”–a peaceful nation situated in the center of an often turbulent region. The rich history and well-preserved and diverse environment attracts tourists from around the globe. From its beautiful beaches to its massive rainforest, teaming with wildlife, the Costa Rican government has long been committed to preserve the country’s reputation as a environmentally and user-friendly place to visit.

Traveling in Costa Rica
Because it’s the transportation hub for international visitors, most people spend a couple of day in the capitol city San José for at least a couple of days. Compared to other Central American capitols, San José is more metropolitan and modern, with finer restaurants, nice hotels, shopping malls, a variety of museums, and more. But if you’re travelling on a budget, don’t let the polish of San José deter you. It’s possible to eat, sleep, and enjoy all that Costa Rica has to offer, for as low as US$20-$30 a day.

If using traveler’s checks, stick to U.S. dollars. American cash is the most easily exchanged, but it’s recommended you use small, newer bills, as countefeiting is widespread. Restaurants typically add a 10% gratuity to the bill, so tipping here is unnecessary unless the service is exceptional. It’s recommended, however, that you tip bell boys, room attendants, and tour guides.

The Caribbean coast is home to many of the more popular beaches and most of the protected environmental area in Costa Rica. The wildlife here is plentiful–including the hanging sloth and breeding grounds for green sea turtles–and it’s also the most culturally diverse part of the country, with plenty of handicrafts, music, and cultural tours to be had. If you’re looking for a little quiter action, head to the Pacific coast, where more remote beaches, parks, and destinations can be found on the Península de Nicoya and elsewhere. One of the nicest beaches in Costa Rica is Playa Sámara, and Montezuma, near the tip of the Península de Nicoya.

Weather in Costa Rica
The dry season in Costa Rica is between late December and April; the wet season lasts the rest of the year; however, the Caribbean coast tends to be wet year round. As a tropical country, temperatures vary little between seasons, affected most by altitude. San José, at 3772 feet, has a climate that the locals refer to as the “Eternal Spring”: lows average 60°F (15°C) and highs average 79°F (26°C). The coasts tend to be much hotter, with the Caribbean from the 70s to the high 80s (°F) day to night. The humidity at lower altitudes can be oppressive. 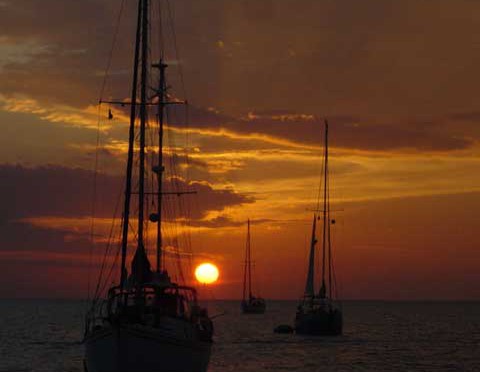 Take a look at some of the beautiful sites of Black Point, Exumas, Bahamas.