What Can We Learn From Cuba’s Two-Tier Tourism Economy?
Editor’s Note: A version of this article was originally published at Tidepool.org. It has been reedited and republished here with permission from the author.

Imagine a place where the bottom has just dropped out of the economy. The world market is glutted with the region’s main product, and relations with its biggest trading partner have gone south. Local economic planners put their heads together and decide that the bridge to the future lies in tourism, so they start luring visitors to the area, but they haven’t reckoned on the social upheaval that could arrive as a by-product of the tourist economy.

That synopsis echoes the experience of many towns in the region I call home, the Pacific Northwest, where salmon prices have plunged with the spread of fish farming, and lumber mills are hurting because of a glut of New Zealand plantation timber and trade disputes over government support for the forest industry. Some have put their faith in tourism as a pillar of the new economy here. 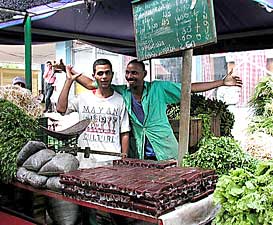 But this summary describes a different place equally well, a place that is several years further down that path than anywhere on the Pacific coast, and a place where a recent reporting trip brought me into close contact with the two-tier tourism economy: Cuba.

Irrespective of the Cuban government’s reprehensible jailing of political dissidents in recent months, the Cuban experience holds relevance for rural regions around the world, including the likes of my home, that are counting on visitors to lift their economies out of the doldrums where they have languished for the last several years.

Cuba decided to beef up its tourist traffic in the early 1990s, after the demise of the Soviet bloc cut the socialist state off from the favorable terms of trade it had received, plunging the country and its people into a state of economic turmoil that Fidel Castro termed “el periodo especial,” or the “special period.” 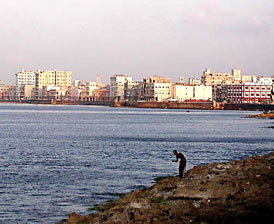 The Soviets had given the Cubans a stunningly good price for its sugar, accepting Cuba’s sugar in exchange for Russian oil. When the Soviet Union collapsed, Cuba found that selling its sugar at the world market price would fetch less than twenty percent as much oil as it had received before.

The “special period” began a devastating austerity program accompanied by severe shortages of basic food commodities. Havana resident Pablo Gutierrez,* a thirty-one-year-old art teacher, remembers times so lean that breakfast consisted of sugar dissolved in a cup of hot water. (*All of the Cubans’ names in this story have been changed to protect them from possible government reprisal.)

Thanks to the growth of tourism, the industry injected $1.9 billion into the Cuban economy in 2001, a tidy sum in this country of 11 million inhabitants. Tourism is now the largest source of foreign currency for the island nation, topping sugar and tobacco.

The success of tourism notwithstanding, the “special period” continues today in a milder form, with shortages of key commodities such as cooking oil and soap. Cubans receive a ration book that allows them to purchase a certain amount of basic staples at highly subsidized prices, to match the minuscule salaries that most employees receive–on average, the peso equivalent of US$15 per month. But the rations of many items are meager–one egg per week, for example.

“The ration book makes it to the middle of the month,” says Martina Reinosa,* a forty-year-old singer. “After that, one must invent.”

For some Cubans, these shortages have been softened by an influx of foreign currency. In 1993, Cuba legalized the possession of U.S. dollars, making the greenback legal tender alongside the Cuban peso. 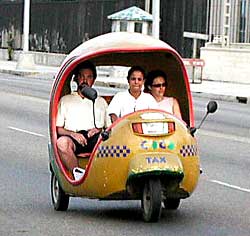 The move was tinged with irony because the hard currency circulating in Cuba is issued by a government that has been trying for forty-four years to bring about regime change on this Caribbean island, by methods ranging from invasion and economic strangulation to outright assassination.

To add to the irony, nearly all of the dollars left behind by visitors had been exchanged from other currencies. Apart from Cuban emigrants visiting their families, just 80,000 of Cuba’s annual 1.8 million visitors come from the United States, thanks to the U.S. prohibition on most travel to Cuba. Instead, the majority come from Canada and the European Union. Indeed, Cuba may be the only country in the hemisphere where independent U.S. travelers still hold any novelty value for locals.

But introducing the dollar was an intensely practical choice, since many Cubans benefit from dollars sent to them by relatives in the United States. According to the U.S. State Department, more than half of all Cubans receive remittances from outside the country, totaling about $900 million per year. And the choice of the dollar was made before the introduction of the euro, which might have offered a viable alternative.

With dollars circulating in the country, a two-tier economy developed. Scarce imported goods–and even some of local manufacture, such as rum and coffee–can be had at dollars-only stores, but are hard to find or unavailable at peso prices. As a result, Cubans who earn only in the peso economy scrape by, while those with dollar incomes live more comfortably. This has widened the gulf between Cubans’ material standards of living, which for decades did not exhibit such yawning inequalities. 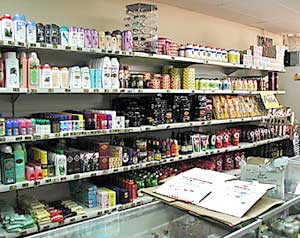 As an American hailing from a part of the country undergoing similar (if much less drastic) change, witnessing this economic divide gives me pause, and rightly so. Many rural areas on the Pacific coast of Canada and the United States have also seen the disparity among incomes widen in recent years. Old sources of livelihood have dried up, and new forms of income–arising from transfer payments from outside the region and from the service economy–have become more significant.

For instance, the region of southern Oregon and northern California known as Jefferson State has seen the share of residents’ income derived from nonlabor sources–such as pensions, rent, interest, and dividends–nearly double since 1969, to forty-four percent of all income. That plays the same role in the economy as the remittances enjoyed by Cubans with relatives overseas.

Apart from family largesse, the tourist economy is the main potential source of dollars for Cubans. Service workers still earn peso salaries, but they receive tips in hard currency.

One taxi driver piloting the ubiquitous three-wheeled motor taxis called “huevitos” (“little eggs”) spoke superb English–he turned out to hold a master’s degree in linguistics and had quit his job as a high school English teacher to take the wheel of a cab. Now he earns a comparable salary from this state-owned enterprise, but rakes in as much in an evening’s tips as he earned all week in the classroom. So many professionals have made similar choices that Cuba is experiencing a shortage of many skilled workers, prompting the government to establish academies that train students to become teachers and social workers straight out of high school. 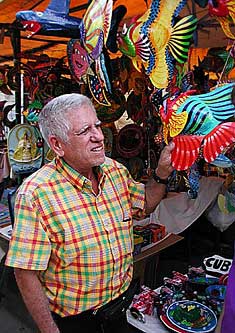 Although the Pacific Northwest doesn’t face quite so extreme a situation, the parallels are worth noting. Communities bear a social cost when talented entrepreneurs harvest the tourist dollar through t-shirt shops, ice cream stores, and charter fishing, instead of building enterprises that serve local needs or yield higher-wage jobs in manufacturing or value-added processing. What’s more, many of the goods that feed the tourist economy come from outside the area, a factor that reduces the net benefit to the community from the tourist trade.

The two-tier economy of “tourist nobility” and “local serfs” can play out on the demand side as well.

In Cuba, tourists are charged higher prices as a matter of official policy for everything from bus tickets to live performances. For instance, the weekly concerts at Unión de Escritores y Artistas de Cuba (UNEAC; the official national union of writers and artists) cost Cubans a ten-peso cover charge (about US$0.40), while foreigners pay US$5. No use trying to speak Spanish well enough to pass–the lack of a distinctive Cuban accent is a dead giveaway.

The theory behind this is a version of the Marxist dictum, “from each according to his abilities, to each according to his needs.” Although it may seem odd that one customer is paying more than ten times as much as her neighbor in the next row, the two-tiered system can also be seen as a way to subsidize the provision of affordable culture and transportation to Cubans. It also serves to increase the harvest of foreign dollars that enable the Cuban government to buy needed supplies–from pharmaceuticals to petroleum–in hard currency. That harvest comes in other ways too, including steep licensing fees levied on those who house tourists in bed-and-breakfast arrangements in their homes.

The idea of putting a heavier touch on tourists than on locals isn’t a new one in the U.S. It has made its appearance in the Pacific Northwest and elsewhere, with suitable deference to the laws requiring all citizens to be treated equally. Hotel bed taxes “just happen” to fall on travelers, but not locals. Some towns levy a higher sales tax during the summer tourist season than the winter, charging year-round residents a lower effective tax rate than summer visitors. Ferry tolls, too, are higher in Washington state in summer than winter.

Considering the costs–from sanitation to emergency medical care–that a transient tourist population can impose on a town, such strategies are at times nothing short of essential. In fact, it can be argued that these taxes are more important in North America than in Cuba, because rents and home prices are free to float as high as the market will bear. This trend will drive out many locals unless countervailing steps are taken. In the ski town of Aspen, Colorado, for instance, some tourist revenue is diverted to subsidize rentals and home purchases for low- and moderate-income residents. 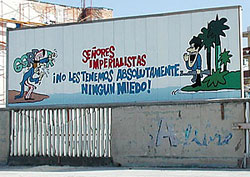 In most cases, however, these programs pale in comparison with the Cuban methods of “milking” tourists. (The beaches of Oregon, for instance, will never draw sun worshippers in the same numbers as the sands of the Caribbean.) But Cuban innovations in the harvest of the tourist dollar may hold valuable lessons even across different climates and economic systems.

That isn’t to say that coastal towns in British Columbia and Alaska (or any number of other similar destination communities worldwide) should perfect a system of charging outsiders tenfold what the locals pay, but if those who are steering the development of tourist economies in these communities are thoughtful, they may be able to diminish the problems of the two-tiered economy that a reliance on tourism threatens to bring with it.