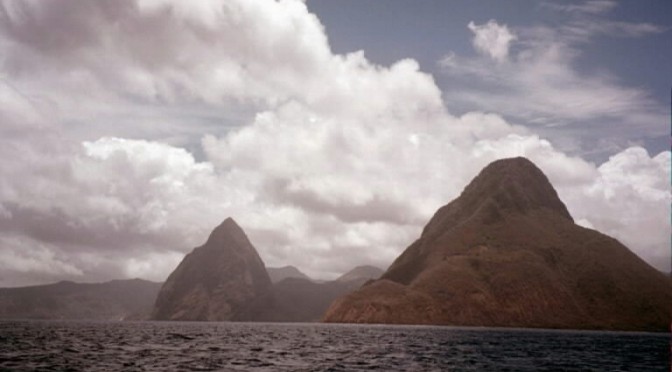 Saint Lucia (pronounced /ˌseɪnt ˈluːʃɪə/) is an island nation in the eastern Caribbean Sea on the boundary with the Atlantic Ocean. Part of the Lesser Antilles, it is located north of the islands of Saint Vincent and the Grenadines, northwest of Barbados and south of Martinique. It is also known as the “Helen of the West Indies” because it switched between British and French control so often it was likened to the mythical Helen of Troy.

Saint Lucia is one of the Windward Islands, named for Saint Lucy of Syracuse. It was first visited by Europeans in about the year 1500 and first colonized successfully by France who signed a treaty with the native Carib peoples in 1660. Great Britain took control of the island from 1663 to 1667 then went to war with France over it fourteen times, and finally took complete control in 1814. Representative government came about in 1924 (with universal adult suffrage from 1953) and from 1958 to 1962 the island was a member of the Federation of the West Indies. Finally, on February 22, 1979, Saint Lucia became an independent state of the Commonwealth of Nations. The island nation celebrates this every year with a public holiday.

Approaching The Pitons from the North

Approaching the Pitons from the south

The Pitons rising from the clouds