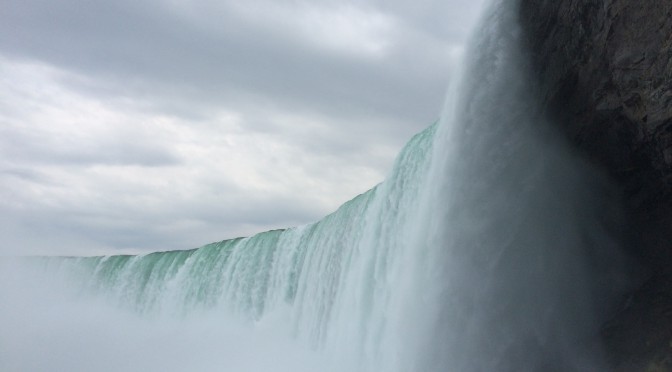 Here is a close up view of Niagara Falls

Much like its neighbor to the north, Belize, Honduras has a natural beauty and laid back lifestyle that makes it very appealing to travelers. Unfortunately, its restless political history and underdeveloped infrastructure keep most tourists away. The country was devastated by Hurricane Mitch, which hit in October of 1998, but relief efforts have helped renew the tourist interest in this rough but enticing country.

The Sandinista revolution is perhaps what most people think about when they think of Nicaragua. But as with so many other Central American countries, Nicaragua is a place rich with culture, sites, and opportunity for tourists. With the help of the World Bank and the International Monetary Fund, the country has been trying to recover … END_OF_DOCUMENT_TOKEN_TO_BE_REPLACED

Cross the Rio Grande heading south and you’ll enter the United States’ southern neighbor Mexico. Mexico is a land of many contrasts, from the northern desert to the rainforests of Chiapas, and everything in between. This is a country filled with history and culture–one look at the Mayan ruins is testament to that–but it is also rife with isolated beaches, towering volcanoes, and glitzy resorts in places like Acapulco and Cancun. Whatever your passion, you’ll likely find it in Mexico.

Costa Rica Costa Rica has long been seen as an “eye of the hurricane”–a peaceful nation situated in the center of an often turbulent region. The rich history and well-preserved and diverse environment attracts tourists from around the globe. From its beautiful beaches to its massive rain forest, teaming with wildlife, the Costa Rican government has long been committed to preserve the country’s reputation as a environmentally and user-friendly place to visit.

Compared with the rest of volatile Central America, Belize is more like the island nations of the eastern Caribbean than it’s mainland neighbors. Its laid back way reminds visitors of the way the Caribbean was in the days before the big resorts.

Being so close the United States has made the Bahamas one of the easiest of the “island paradises” to visit. From its sprawling capitol Nassau, to its many smaller islands, the Bahamas have everything other Caribbean islands have and more. The Bahamas are made up of 700 islands and 2500 cays, which make it a wonderful place for sailing and diving, and with so many locations, you’ll never get bored.

In the years after the American War of Independence, a number of Loyalist plantation owners tried their luck farming cotton on the Turks and Caicos, bringing with them slaves from their U.S. plantations. The farming operations failed and the land-owners left for greener pastures, but many of their former slaves stayed to work as rakers in the salt flats. Today, the locals whose lineage dates back to the early days of the Turks and Caicos, a group known amongst themselves as “Belongers,” can traces their heritage to the Bermudian salt industrialists and the transplanted slave rakers.

Even with the American travel ban, Cuba continues to thrive as a tourist destination for Europeans and otherwise. Before Castro, the Caribbeans largest island was very popular among U.S.-based tourists and business people; now, however, it takes a slightly more more adventurous sort to go there from America. But given the opportunity, those people simply can’t be kept away. When the travel ban does get lifted you can be sure that Cuba will again be one of the busiest destinations in the Caribbean.

Montserrat was once called the “Emerald Isle of the Caribbean,” a phrase coined by Columbus. It is graced with lush mountains and landscape crowned by three towering volcanoes. Unfortunately, one of those volcanoes–the Soufrière Hills volcano–erupted in 1995, making most of the island uninhabitable.